Programmes to make your message stick

Imagine a ploughed field that stands between some people and their destination. The two extreme paths across the field are going straight across (Path A), and going all the way around the edge of the field (Path B). Of course, people can take any path in-between. Path A is shorter than Path B, but it is difficult walking because of the deep furrows, while Path B is much easier. A few people will take Path A, a few others will take Path B, and some will take neither, creating a new path instead.

They do this partly because people have a habit of doing what they feel like, especially if it’s different. In this case they might do it because they will recognise that walking across furrows is awkward. It’s easier to walk in a furrow for a while, then cross some furrow walls, then again continue in the new furrow, and so on. This path, let’s call it Path C, will generally be shorter than Path B and easier than Path A. 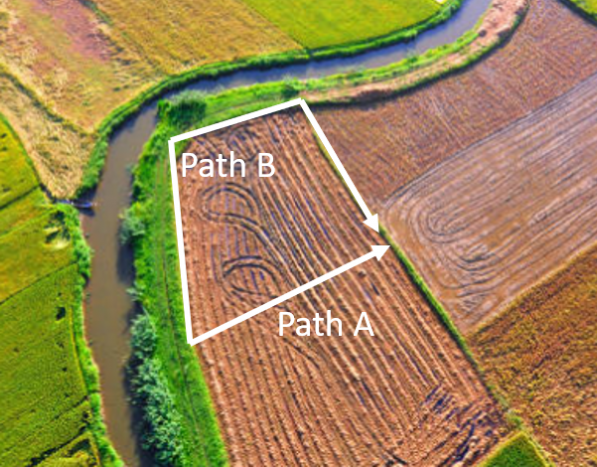 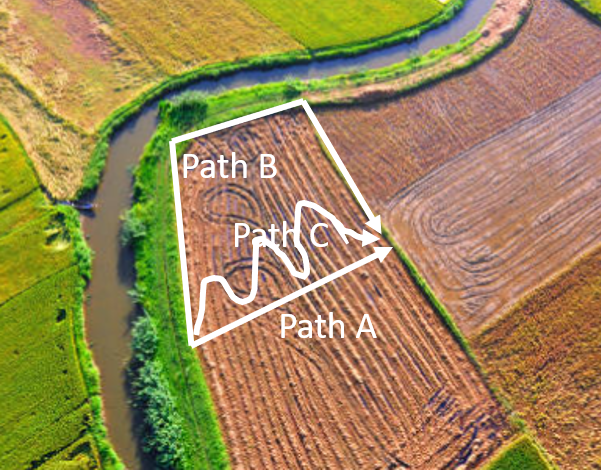 A habit is established

As soon as someone creates a path (like C) and new walkers notice these earlier footprints, they will realise that it will be easier on them if they take that path. By so doing, they walk on ground that has been hardened a bit, any wet spots that show up in the footprints can be seen and avoided, the walls of the furrows at the crossing points may have been knocked down a bit. After a relatively small number of people have crossed on the same path, it will look more like a real path, and most people will tend to take it almost automatically. After a while it’s become a proper path, visible even as the wheat starts to grow. A behavioural norm has been created.

Note that people as the path emerges, are still entirely free to go any way they wish. Even if a clearly useful path emerges, some people will still elect Path A – more adventurous or happening to be wearing boots – and some will elect Path B –  perhaps by virtue of being more cautious. On average, however, people will be somewhat likelier to go the easier way and somewhat less likely to go the harder or longer way. The emergence of Path C is not forcing, but it has a definite and often strong effect, and what is more, a predictable one.

Interestingly, those crossing may never know each other, yet they are behaving as a group in the sense that they are coordinating their behaviour.

There are a number of lessons to be gained from this mental experiment:

Assume that the people crossing are going to their jobs. Suppose further that their employer decides to move to a new office with the field still lying across the best path to it. So its leaders launch an educational campaign and issue maps to all hands, strongly suggesting that people take a new, short route to the office. What will happen?

Well, people will initially try to be responsive because, after all, most people are good soldiers and will try to do what’s asked of them. But there is already a path (C) that has been created over time to which people are accustomed. Many people will try the new directions, which do not use the path but suggest a different - and not so easy - route across the field. Some people, the early resisters, will see that as foolish and will instead take the existing path across the field and walk the additional way to the new office.

Over time, some people who’ve been following the company’s new directions and have been walking across the muddy furrows, decide it really is silly to get your shoes dirty and so join the early resisters. Others work to develop the new path. The distribution of paths becomes bimodal, with one group violating their instructions, and another group of organisational loyalists walking along the new path that is being formed.

A smart organisation will pretty quickly do two things. First, it will tell people that it’s OK to use the old path for the time being, and second, it will improve the new path that is forming, for instance by paving it over. They will change the structure to encourage and support new behavior.

Here are some extra lessons from this extension of our thought experiment: